1922 – Though UAB „Jupojos technika“ has the history of more than two decades, the roots of this business in Šiauliai reach the beginning of the last century – the oldest photography with the view of „Lietūkis“ wholesale warehouses was made in 1922. After the war „Lietūkis” was reorganized to „Žemtiekimo bazė” (Agro-supply depot). 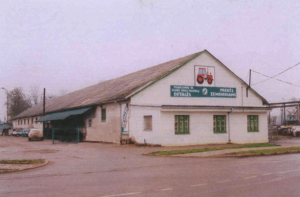 1953 – A building was built, which, after renovation, today is UAB „Jupojos technika” headquarters in Lithuania.

1998 – UAB „Šiaulių žemės ūkio technikos Autodetalės” is established. Company expands pointing its activity to the market of spare parts for the western cargo vehicles and tires for various technique.

2001 – The first subdivision is opened in Klaipėda.

2004 – In the autumn of this year awarded with the symbolic key that signs the opening of the renovated building that was built in 1953. The headquarters are moved to restored and broader workspace.

2005 – The company is growing fast and expands its warehouses. A logistics depot is built in Šiauliai. This step expands local storage area to more than 2000 m².

2005 – Two subdivisions established in Vilnius and Alytus. The latter is closed in the autumn of 2008 under the influence of the economical crisis that relentlessly struck carriers of this region.

2006 – A new subdivision starts acting in Marijampolė, allowing to fulfill the needs of the cargo companies of this Lithuanian region.

2009 – UAB „Jupojos technika” is one of the strongest companies in Lithuania and Latvia, trading spare parts, tires and equipment for the heavy and specialized transport. There are 7 active subdivisions in these countries.

2010 – In January the company began to work with a partner UAB „Autodis“ from Alytus.

2010 – A new subdivision opened in Kėdainiai.

2011 – UAB Jupojos technika has received awards for “Strongest in Lithuania 2011” and “Successful business enterprise in 2010 (recognition of small and medium companies)”.

2014 – In January opened a new, modern, conforming to the latest trends in storage to fit a sharp rise in enterprise storage needs of logistics warehouse (1800 m²).

2014 – In June the company began to work with a partner UAB „Agrospektras“ from Mažeikiai.

2014 – In June the company began to work with a partner UAB „Rytas“ in Marijampolė. UAB “Jupojos technika” subdivision in this town has been closed.

2014 – In June the company began to work with a partner UAB „ALT Trans“ from Daugavpils (Latvia).

2014 – In autumn a subdivision opened in Utena. 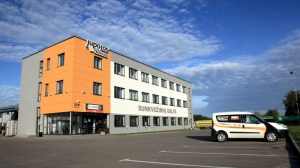 2015 – In spring company’s headquarters with the spare parts shop were moved to the new modern building.

2015 – In August the company began to work with a partner UAB „Hira“ in Panevėžys. UAB “Jupojos technika” subdivision in this town has been closed.

2016 – On 1st of February our partners UAB “Marijampolės “Jupojos technika” have opened a shop in Marijampolė.